ADHD, Attention Deficit Hyperactivity Disorder has grown at an increasingly alarming rate.   We often think of it as affecting just children, however adult ADHD is quite common. Our current model has an over reliance on drug therapy. In fact Ritalin in Canada is banned. More children in US are diagnosed with ADHD than all of the other countries.

It is important to not address just the symptoms OF ADHD, but to actually perform testing to help figure out the cause.

Our office has had tremendous success with a Functional Medicine approach with ADHD. Neurofeedback has been the cornerstone of our treatment regimen.   It is recommended by the Pediatric Foundation as a safe and effective treatment.

Problems Focusing on a task

Our success has been based on the Functional Medicine approach described above.  Neurofeedback has been at the cornerstone of our treatment regimen.  The Pediatric Foundation has stated that Neurofeedback is safe and effective treatment for ADHD.

5-HTP:  Activated form of tryptophan and is the precursor to Serotonin 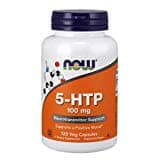 "Dr. Michael Veselak and his spinal decompression clinic have changed my life in a way I never would have thought possible. Now, five weeks after I started my treatment, I'm back to my very active lifestyle. During my entire treatment, I've been completely medication free. I couldn't have done it without Dr. Veselak. I would highly recommend this treatment to anyone faced with surgery as their only option or people that have chronic neck and/or back pain. This is an option you cannot afford to pass up." - Umrao M.

As a Certified Functional Medicine Practitioner and Board Certified in Integrative Medicine, Dr. Veselak has found that successful treatment is the result of finding the source of the problem, and not covering the symptoms with medications.

With all chronic pain patients there is an underlying component that must be addressed if the patient is ever going to respond to conservative care and live a life without medications.

Learn more about our practice!.